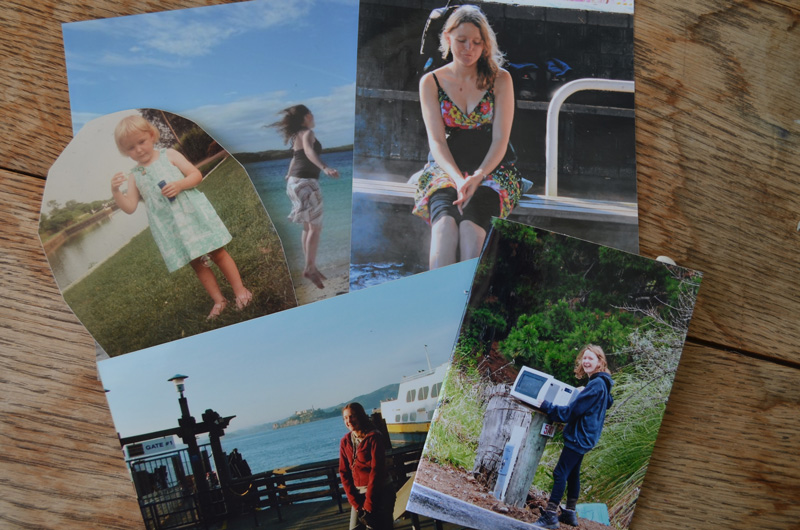 At school, I would be one of the last chicks you’d pick to go wandering off into the world with a backpack, at the end of classroom days.

I was meek and geeky; more comfortable in the library or the kitchen than I was playing outside. I was the kid picked last for the netball team and would always be trailing last in the cross country.

But, pinned to my bedroom wall was a National Geographic map and I remember creating imaginary itineraries to countries I longed to visit – New Zealand, Iceland, Vietnam….

Setting off on my own for the first time at 18, I struck out on an unlikely gap year – my other friends heading off on the classic East Coast Australian trip.

I flew to Norway with the intention of travelling around Scandinavia for a quieter alternative of fjords and mountains.

And to my horror – I struggled.

I was shy and awkward. When fellow travellers tried to strike up a conversation I struggled to add anything meaningful; I lacked the confidence of talking to strangers having rarely been in situations of having to initiate chit-chat.

The scenery was breathtaking but I just couldn’t relax – bogged down with the worry of where I was heading next, how I would get there and what if terrible things would happen.

In the end, I admitted defeat and flew home from Copenhagen. I felt a mixture of both sadness and anger. I had failed. But why? Wasn’t this always what I’d wanted?

I vowed to try again.

Thankfully, university built me up in confidence and I threw myself back into the spirit of adventure by doing mini trips to Europe and working two memorable summer seasons in France and Italy as a campsite courier and childrens club leader.

After graduating from university, I took a short work experience placement at the BBC in research but knew straight away a sit-down office environment wasn’t for me – I’d spent 3 years cooped up in the library and needed a new challenge.

I applied to do a ski season having never even set foot on a pair of skis or board. I was hopeless, terribly bad.

It took me a good month to master snowboarding. But I persevered, plodding up and down the nursery slopes, next to speed demon 5-year-olds until my uncoordinated body finally started to master the moves.

Helpx lets you exchange work (from agricultural to teaching, cleaning to looking after children) for accommodation so you can stick around in a place a little bit longer and get to know some locals, plus have a sense of purpose whilst travelling as opposed to just drifting along from place to place.

A two-year working holiday to New Zealand ( unbelievably landing a trainee pastry chef position at a vineyard restaurant, all those yoghurt cakes in the Alps paid off) further reconfirmed the love for travelling.

Whilst in New Zealand, I pushed my boundaries a little more – hitchhiking solo around the South Island, hiking the Routeburn track – my first multi day hike (which predictably took longer than anticipated!) and flew home via South East Asia, pausing briefly in Cambodia to teach English which I arranged through HelpX.

Looking back on thirteen years of travelling, it’s often the people as well as the places that bring back the most inspiring memories: from the rowdy group of girls I persevered at teaching English in Cambodia; to the kindest Spanish couple who opened their hearts and homes when hitchhiking to Morocco; from South African guy who patiently battled teaching me to surf whilst on a HelpX placement in Portugal; to the two American women I met one summer in Paris, suffering from breast cancer and encouraging me with wild enthusiasm to go and do whatever it was I was passionate about in life. Travelling.

Inspired by this quote from Marcel Proust:

The real voyage of discovery consists, not in seeking new landscapes, but in having new eyes.

If you are a brand or business looking to partner with me, click here

Do you ever get those days where you just can’t

Find a place or person that makes you feel most al

One of the things I love most about living in the

Last week I swapped the Lakes for the sea and hopp

A rainbow at the summit of Walla Crag on my Sunday