Hitchhiking from London to Morocco – Part 1 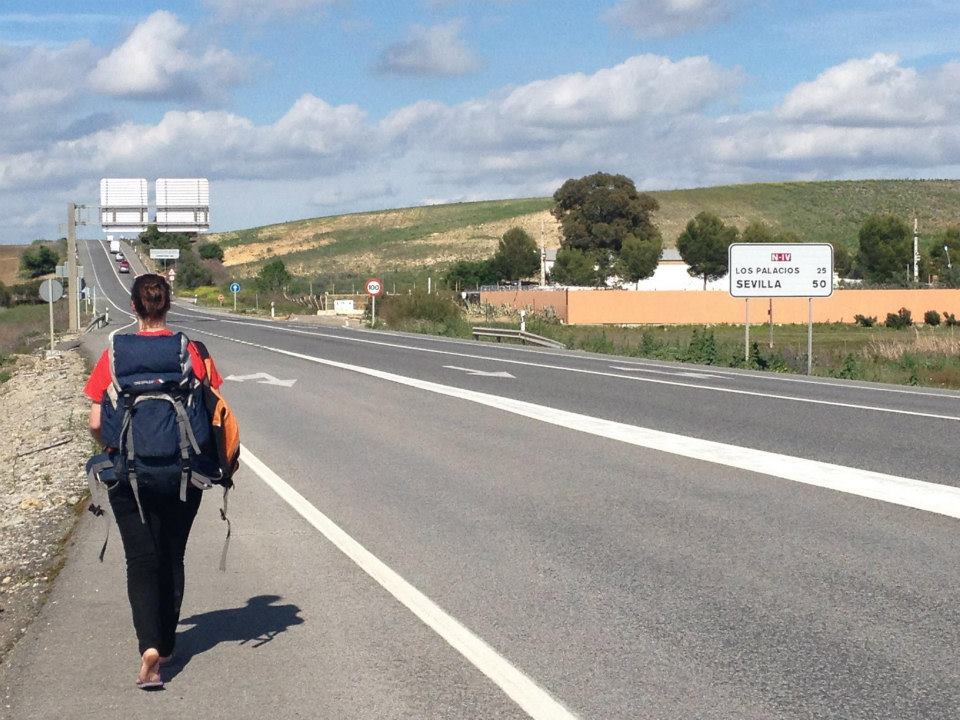 A weekday evening, middle of the month, a group of friends gathered for dinner. Fran, a previous ski season colleague casually mentioned she was probably going to hitchhike to Morocco from London sometime this year and extended an open invitation to the group.

The usual concerns were raised – What about safety? What if things go wrong? What if nobody even takes you out of London? But what the hell I thought, lets put our faith in the big wide world out there….I booked 10 days of work (my manager’s face was a picture when he asked if I’d be going anywhere nice on holiday) and the two of us got our heads together.

Logistics wise, we took one afternoon to do some rough planning – we had decided to raise money for Leukaemia & Lymphoma Research as we both had friends tragically affected by the disease at a young age.

For the ease of donations, we set up a page with My Donate – a surprisingly quick and simple process.

The fantastic people at My Donate also gave us a little leg up by featuring our adventure on there website pre-departure – big love!

Plus a small quote in the Guardian from Fran about the challenge!

A name was brainstormed and born: Hitch, Beg, Borrow: London to Morocco- we would also attempt to rely on the kindness and generosity of strangers for a nights accommodation (legally, and decently of course!).

Fran emailed Couchsurfing hosts explaining the nature of our mission and would it be possible to surf their sofa for a night at short notice? Responses were mixed but we lined up some kind folk to be there on standby should two wandering hitchhikers arrive in their town.

And that was it planning wise – date booked, donation page set up, social media set up to follow the journey – just a waiting game until the day arrived…

Hitch off, 7.45am from Shooters Hill Road in South East London near Greenwich – only 45mins wait for the first hitch!

Our first ride, Mark at Medway services in Kent…

Who had this brilliantly apt tattoo…

Only three rides to get us to Dover before lunchtime!

Nervous wait at the roundabout at the Dover Port (we were not allowed to hitch IN the ferry terminal as it was illegal)While we were waiting, we made friends with a guy setting off to cycle around the world – Jasper – you can read about his mission here

Successful ride on to the ferry to Dunkirk

First lorry of the hitch from Dunkirk to Calais

Hitch #2: Steve. Fun fact about Steve; he once had a job as a cleaner wearing merely a G-string in Sydney // Gillingham – Canterbury

Hitch #4: Andy & Irina a fantastic English and Russian couple who took us onto the ferry. Andy owns Belgium restaurants in Reigate and Canterbury – we hope to visit one day! // Dover port – Ferry to Dunkirk

Hitch #5: Our first truck! Paul – one of our funniest lifts with quotes such as …

Hitch #6: Random French woman who spoke no English // Out skirts of Calais to the station in Calais (not for a train but…)

Hitch #7: Anne, our couch surfing host for the night! //Calais station to her house in the country!

Anne and Sebastian kindly hosted us at their beautiful house near Calais with their two adorable children.

Due to the short noticed nature of our arrival, Stephanie was unable to host us for dinner but in an amazing act of kindness drove us to her parent’s house, where we muddled through our GCSE French and shared a beautiful French meal complete with cheese and wine!

The true spirit of the trip had been ignited!

Highlights of our first day hitchhiking from London to Morocco – hitching out of London, trying to get a free ride on the ferry over the channel and our first lorry ride!

THE LOWDOWN AND DRIVERS

Beautiful sunshine as we waited for a ride towards Rouen

Hitch #12: Benjamin the financial advisor who also felt the side of a motorway would be the ideal hitching spot in which to leave us! // Rouen – Edge of a motorway

Hitch #13: Stephan who came back around on the motorway to save us from the slightly dangerous slip road situation.//Slip road – Petrol station (much safer!)

A cheeky little stop for lunch for a classic picnic…

Hitch #15: Denis. Turns out Denis worked for a company with a factory in Hastings. Small world. Denis was retired with plenty of time to kill and so went well out of his way to drop us at our hosts house in the centre.//Outskirts of Le Mans – the doorstep of our Couchsurfing hosts!

Highlights from Day 2 – Getting left in rubbish hitchhiking spots, how to cross 3 lanes of traffic with a backpack in France and Couchsurfing in Le Mans!

Hitchhike London to Morocco Day 2 from Look With New Eyes on Vimeo.

THE LOWDOWN AND DRIVERS

Hitching from the edge of Le Mans back to the autoroute

Hitch #16: Phillipe//Center of Le Mans – Entrance of the motorway (which is illegal to hitch on).

At the motorway toll entrance, we encountered the police (for the first time) who checked our passports and politely showed us where it was legal to hitch from…The police officer had tomato sauce on his chin and we had to suppress serious laughter to keep to trip on the course…!

Quietest service station in France. Approx 1 car every 10 mins. Brilliant. You can see I am is ecstatic about it…Plus it was my idea to jump out at the service station..

Hitch #19: Robert. A very nice lifty who in spite of having to travel on another 600kms to get home, drove us off the autoroute all the way into the tiny town of Blaye.

However, this was also one of our most silent lifts. one word answers spelt silence from the get-go! // Poitiers to Blaye (near Bordeaux)

We headed to the small town of Blaye where I had a friend from a previous ski season who had offered to host us in his beautiful old house perched amongst the vineyards of Bordeaux.

Jay cooked us steak, provided us with beer, an amazing power shower, great chat and the most gorgeous dog to play with, India.

Check out video highlights from Day 3 below

Before the trip began, a work colleague of mine was convinced no one would pick us up on the edge of London. Secretly, I also had my doubts too, who would be mad enough to put there faith in strangers, these days?

But with a little bit of patience and luck I found myself in Central France amazed at just how far we had come in 3 days – encountering people from all walks of life, embarking on all sorts of journeys – little did I know, the human spirit of kindness was about to get even broader when we hit Spain… 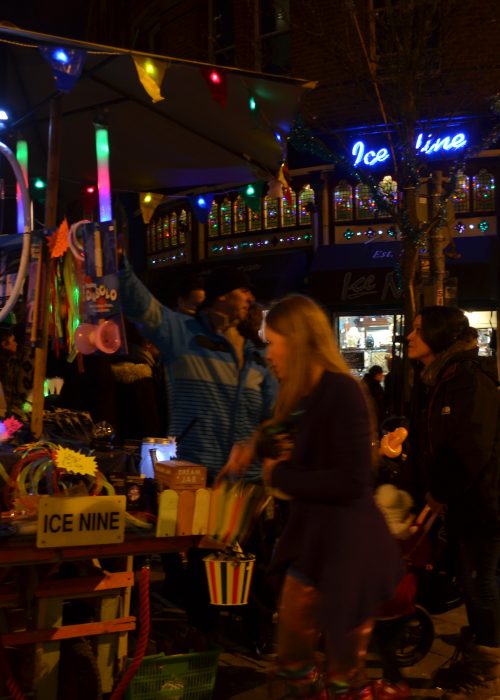 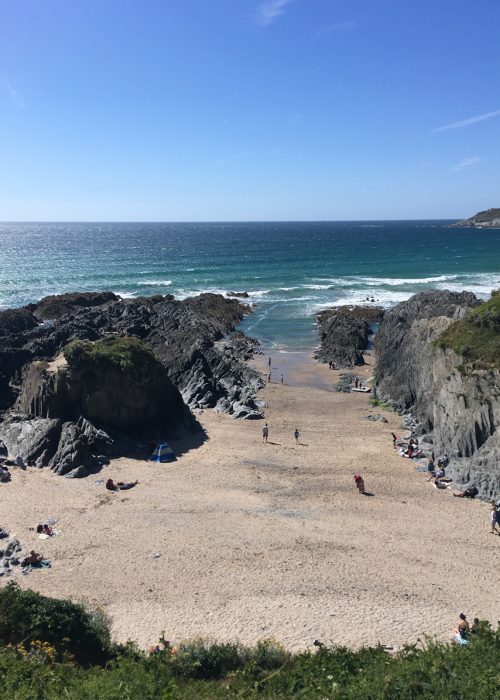 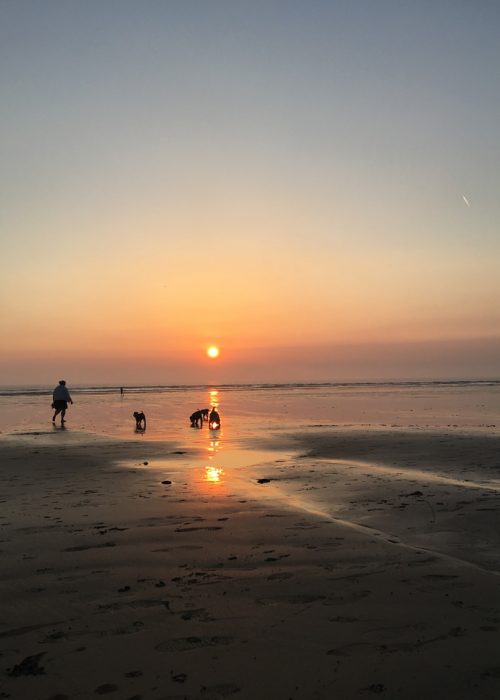